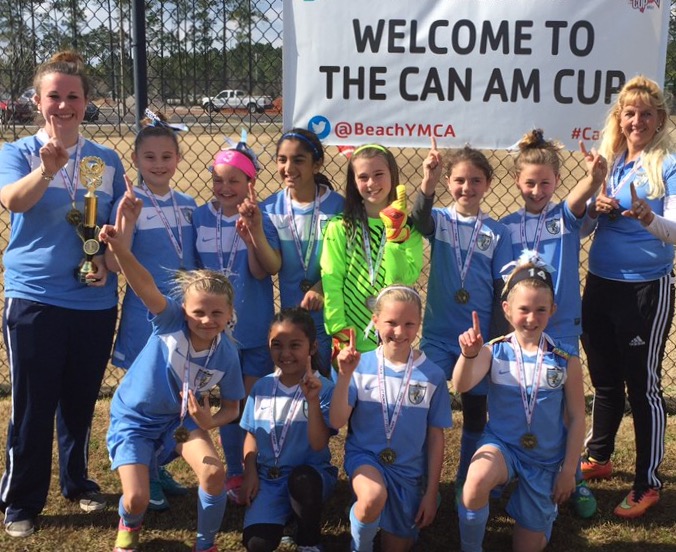 The Beach United Football Club hosted the Can-Am Cup over the weekend and kept much of the hardware at home by winning the championship in one division and finishing runner-up in three others.

The BUFC Panthers went undefeated to win the U-10 Girls Red Division, defeating CASL Fusion 4-3 in a thrilling championship game at Grand Park in Market Common. More than 120 teams from the Southeast took part in the tournament at venues throughout the Grand Strand.

The BUFC PridePuma suffered a heartbreaking loss on penalty kicks in the U-13 Girls Red Division championship game despite going undefeated in pool play.

The Hurricanes went 2-1-1 in the U-12 Girls Red Division but missed out on a spot on the podium via a points tiebreaker. Also competing in the tournament were the BUFC Crush, Crew, Storm, Flash, Fury, Tiempo and Warriors.