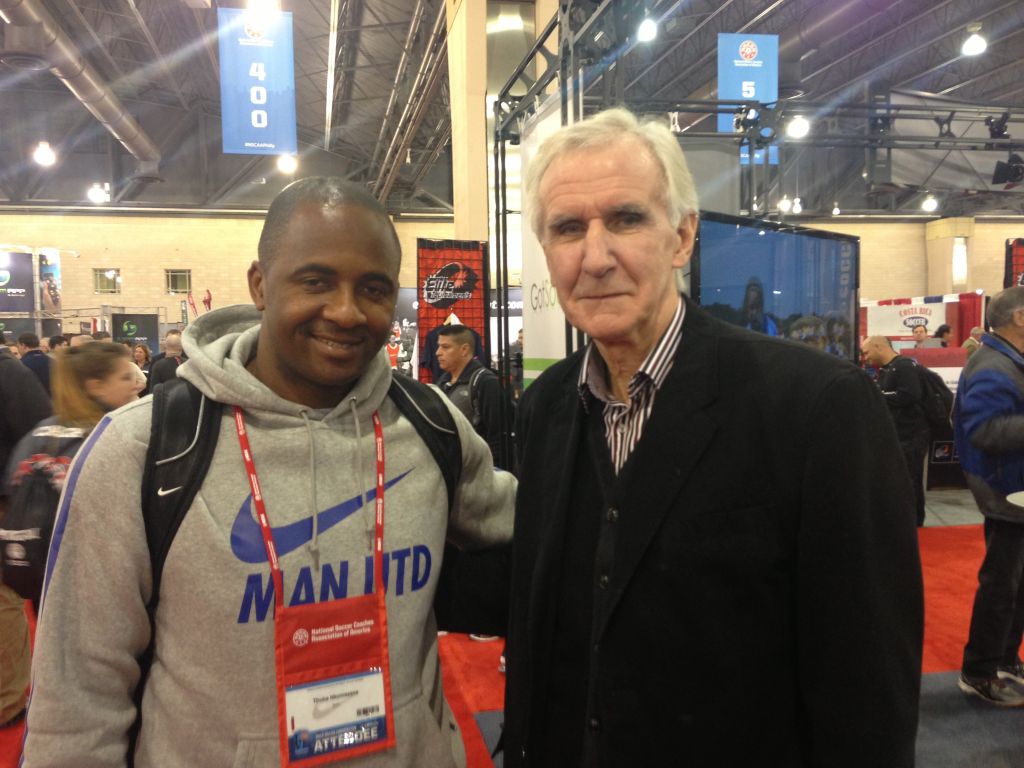 During the five-day event, Nkomazana (pictured left) was able to attend a long list of meetings, lectures, seminars and roundtable discussions about coaching philosophies and club management. Nkomazana also met with some of the biggest names in the sport, such as Dick Bate (pictured right), Rene Meulensteen and many more.

"I'm always trying to learn from the best and improve how I coach players," Nkomazana said. "I got an opportunity to talk to former Manchester United assistant coach Rene Meulensteen and FiFa advisor to Asia and England Dick Bate. These two coaches are the best at what they do and their work speaks for itself. We do share the same coaching philosophy and it made it so much easier to talk to them."

Among the many areas covered at the convention were coaching education, managing coaches, players and parents, sharing information and ideas with other club directors, and learning new ways to improve the club. Nkomazana called the trip both refreshing and enlightening, and he hopes to implement many of the things he learned at Beach United.